Moringa is the new Superfood You Must Know About

Moringa is the newest Superfood in town. It originates from the Himalayas in India, but could now be found growing around the world in most tropical and subtropical regions. It is also known as horseradish tree. This Superfood has been used for generations in Eastern countries to treat diabetes, anemia, liver diseases, digestive disorders and respiratory and skin issues. It is not only popular in the Eastern Countries, it was also a very controversial plant in Cuba. In 2011, Fidel Castro had several trucks hand deliver samples of it to the residents of Santa Fe, Baracao, Cangrejera and the adjoining neighborhoods. Along with the sample was a printed brochure indicating the properties and benefits of Moringa. According to the brochure, the plant had enough protein to sustain life. Most of the population refused to eat it. they rebelled. They wanted a good steak or chicken instead and rebelled, and complained about the pods, seeds and leaves that were falling of the trees and dirtying their walkways, patios and plates. Unbeknownst to the citizens of Cuban, their leader was actually very well informed about this SuperFood.

The Moringa tree is also known as “The Tree of Life.”  Endurance exercise can increase oxygen utilization from 10 to 20 times over the resting state. This greatly increases the generation of free radicals, prompting concern about enhanced damage to muscles and other tissues. It's high antioxidant content may help reduce oxidative stress caused by high levels of physical exertion. Athletes and others alike cannot perform at their best if they are malnourished or dehydrated.

What are the Benefits of Moringa?

Moringa is a Superfood with many benefits.  Here are 6 Science based benefits:

How can Moringa be Taken?

Article Name
Moringa is the new Superfood You Must Know About
Description
Moringa is the hottest superfood at the time. Moringa offers excellent nutrition benefits and can be eaten raw, cooked or even in powder form. It is become one of the most popular superfoods.
Author
Evy Monica
Publisher Name
HealthyFitCouple
Publisher Logo 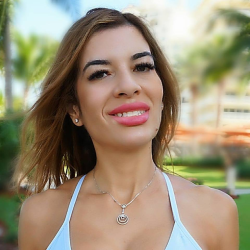 View all posts by Evelyn Hernandez

Spirulina is actually good for your health!

How to make your authentic intentions. Say it to the universe!